Delving into Data, Connecting with Consumers to Paint a Picture of Economic Conditions 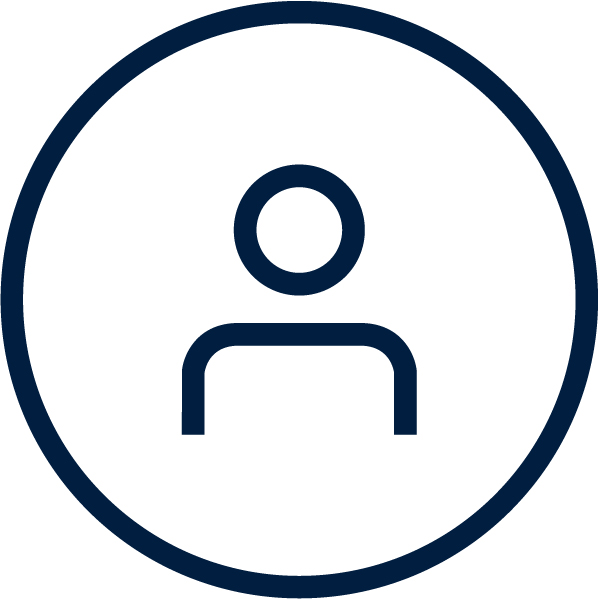 Our researchers delved into data and connected with consumers nationwide to paint a timely picture of regional and national conditions and support a strong economic recovery.

Keeping a finger on the pulse of what is happening in the Third District is something that Paul Flora’s team is accustomed to doing. Flora oversees Regional Economic Analysis, which, among other things, produces longstanding monthly business surveys and contributes to the Fed’s Beige Book. These reports provide a snapshot of current economic conditions, gleaned directly from business contacts in the region. 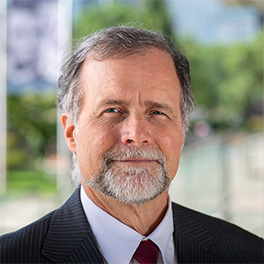 As the pandemic caused sudden disruptions to business activity both locally and nationwide, Flora and his team realized they needed to find ways to stay on top of a rapidly evolving situation. “At the outset of the pandemic, we knew this was going be a fast-changing sort of economic environment and we wanted to make use of the additional more timely, higher-frequency information that we could get,” Flora explained.

To accurately assess job loss due to the pandemic, Flora and his team began tracking unemployment claims in the region, releasing Weekly Labor Market Information for Delaware, New Jersey, Pennsylvania, and the U.S. Because initial unemployment insurance (UI) claims and continuing UI claims are actual counts and not from a survey or estimated by a model, Flora explained, they can provide more timely information than official unemployment reports, which require processing time. “You could see the claims rise by late March, yet it would take another month or more for the unemployment numbers to move,” he said.

To complete the picture, these reports also provided data on how many workers filed claims for additional relief programs created under the Coronavirus Aid, Relief, and Economic Security (CARES) Act. 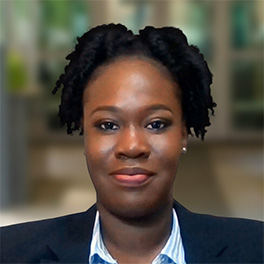 Darcelle Bowrin-Toussaint, a regional economic analyst who joined the Bank in 2021, believes her team’s work is crucial to the Bank’s understanding of current conditions. “The work that we do in terms of the surveys, the Beige Book, and other releases gives us inside information because we speak with people directly affected,” Bowrin-Toussaint said. “That is useful to pass along to the Bank’s president and other leaders so that they know exactly what’s happening ahead of the official numbers.”

As conditions stabilized, the weekly report was discontinued in November 2021. Although the economy was on the path to recovery, Bowrin-Toussaint was concerned with what would happen to people in our region once extended unemployment benefit programs under the CARES Act ran out. After being extended several times, these programs expired in September 2021 for Delaware, New Jersey, and Pennsylvania.

“There were other states whose programs ran out before ours, so we were looking at the trends, and we noticed that there was no major uptick in employment,” Bowrin-Toussaint continued. “So based on that, we expected the same with our region.”

Lingering uncertainties around COVID, lack of child care, illnesses, and other factors could have prevented people from returning to the workforce. In a brief published in November, Bowrin-Toussaint noted that approximately 1 million people in our District who were receiving unemployment benefits lost income. This could result in financial hardships for those people and their families and could have impacts on the regional economy.

The work that we do provides important insights that can be used to inform policy and allows us to be in touch with the people that we serve.

While our researchers deal in numbers and data, the goal is to provide information that can be used to guide policy that promotes the economic resiliency of communities in our District and the U.S. “The work that we do provides important insights that can be used to inform policy and allows us to be in touch with the people that we serve,” she said. 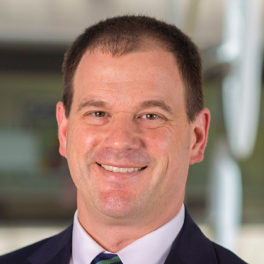 Tom Akana’s survey of consumers revealed data and trends not available from other sources.

At the beginning of the pandemic, the Consumer Finance Institute (CFI) launched the COVID-19 Survey of Consumers to hear directly from people across the U.S. how they were managing on a number of fronts, including employment and income. According to Tom Akana, advisor and research fellow in the CFI, one major finding remained consistent into the survey’s second year: During downturns, lower-income, younger people tended to feel the impacts more quickly and severely than those who were older and had more resources, and their recovery tended to be slower. 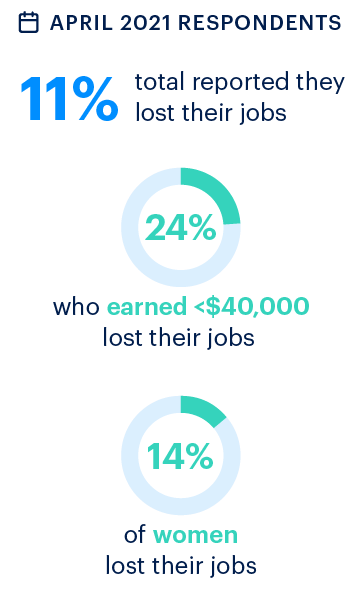 While 11 percent of respondents reported having lost their job in April 2021, the percentages were higher for people previously earning less than $40,000 and for women.

Not only was there a difference in levels, there was also a difference in trajectory. While the overall rate of job loss in the survey was essentially constant between November 2020 and April 2021, it increased almost 6 percentage points among low-income respondents and by almost 2 percentage points among women. The upshot? Even though overall job losses were flat, that finding was driven by increasing job losses in lower-income segments and decreasing job losses in higher-income segments.

The CFI survey often revealed trends found in other data sources, but there were instances where the data diverged. For example, as official reports on unemployment from the Bureau of Labor Statistics showed improvement, the proportion of consumers reporting job losses to the CFI survey stayed level. Akana explained that was probably due, in part, to the fact that the survey asked people about their ability to work, not whether they were currently looking for a job, thus capturing people who did not officially count as unemployed.

The attempt to uncover data and trends not available from other sources was a conscious decision. “One of the things we’ve been trying to do is refine the questions we are asking,” said Akana, “so that we can try to get to information that’s not reported in other sources of data.”

One of the decisions the team made was to incorporate questions about attitudes around vaccination. Akana explained this was guided, in part, by ideas expressed by Fed Chair Jerome Powell and Philadelphia Fed President Patrick Harker tying vaccination rates, beliefs, and intentions to the economic recovery.

The CFI's consumer survey included questions about vaccines, guided in part by ideas tying vaccination rates and beliefs to the economic recovery.

In October 2021, 73 percent of respondents said they were fully vaccinated or had received at least one shot, up from 66 percent in July. Over the same period, the percentage of respondents reporting job loss dropped below 10 percent, a noticeable decrease for the first time since November 2020.

Later, even though vaccine receptivity continued to rise, optimism about the future seemed to wane. Last fall, nearly one quarter (23 percent) of respondents said they felt more or significantly more negative about their personal outlook than they did at the start of 2021. That was a 10 percentage point increase in pessimism relative to the survey conducted in mid-2021. Putting these results into context, Akana noted that during that time the country was dealing with the surge of the Delta variant. He suggested that respondents were beginning to recognize that vaccines, by themselves, could not resolve all of the economic shocks the economy had experienced.

The CFI is in the process of redesigning its survey to track consumer sentiment and family financial security. “It’s hard to think of anything that could be unrelated to COVID nowadays,” said Akana. “But over time, that will change. So, we are revising our questions to make them more evergreen so that we’ll be able to gauge how consumers and their finances are being affected by the economy in a meaningful way going forward.”

In a year marked by both progress and setbacks in the U.S. economy, the Philadelphia Fed responded to support Third District communities on the road to economic recovery. Our 2021 Annual Report tells the story of how our Bank assessed the economy and its impact on people’s lives through research, innovative programs, and listening to the communities we serve.