Note: Survey responses were collected from April 11 to April 21.

Responses to the April Nonmanufacturing Business Outlook Survey suggest continued expansion in nonmanufacturing activity in the region. The indexes for general activity at the firm level, sales/revenues, and new orders all declined but remained positive. Prices for the firms’ inputs and own goods sustained overall increases, according to the prices paid and prices received indexes. The respondents continued to anticipate growth over the next six months.

The prices paid index rose 3 points to 68.7, a reading in line with its historical high set back in February (see Chart 2). Nearly 69 percent of the respondents reported increases in their input prices, while none reported decreases. More than 21 percent of the respondents reported stable input prices. Regarding prices for the firms’ own goods and services, the prices received index decreased from a reading of 36.2 in March to 34.6 in April. The share of firms reporting increases in prices received (35 percent) exceeded the share reporting decreases (1 percent). Half of the firms reported steady prices for their own goods and services. 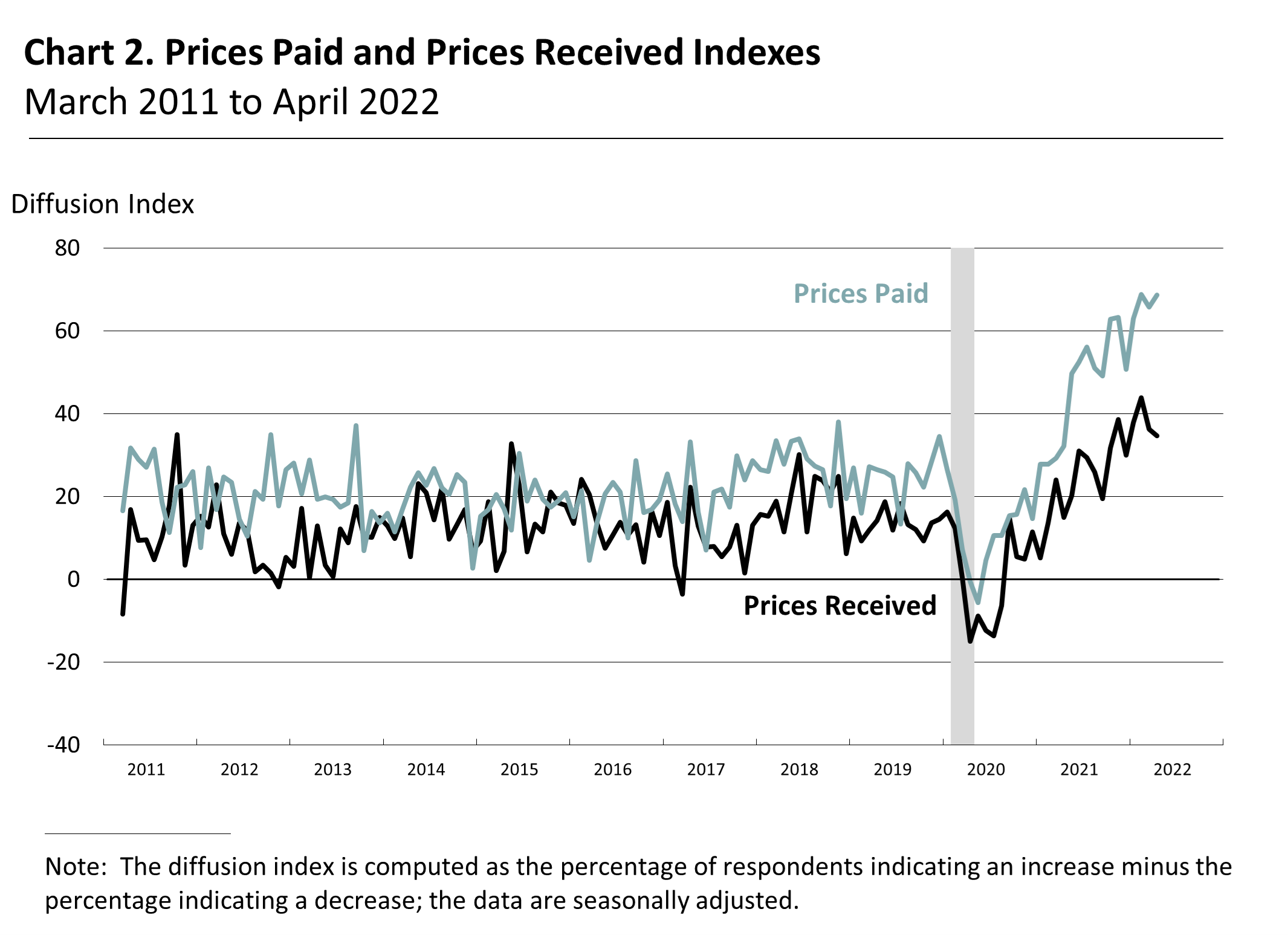 The firms still expect higher costs across all categories of expenses in 2022: Responses indicate a median expected increase of 5 to 7.5 percent for energy and for other raw materials, higher than when this question was asked back in January. The median expected changes for wages, health benefits, and total compensation (wages plus benefits) were unchanged at 4 to 5 percent.

Both future activity indexes declined but continue to suggest that firms anticipate growth over the next six months. The diffusion index for future activity at the firm level edged down from a reading of 47.7 in March to 45.1 this month (see Chart 1). Nearly 59 percent of the respondents expect an increase in activity at their firms over the next six months, compared with 14 percent that expect decreases and 24 percent that expect no change. The future regional activity index decreased 4 points to 34.4.

Responses to this month’s Nonmanufacturing Business Outlook Survey suggest continued expansion in nonmanufacturing activity in the region. The indicators for firm-level general activity, new orders, and sales/revenues all declined but remain positive. Additionally, the firms continue to report overall increases in prices and employment. The respondents continue to expect growth over the next six months. 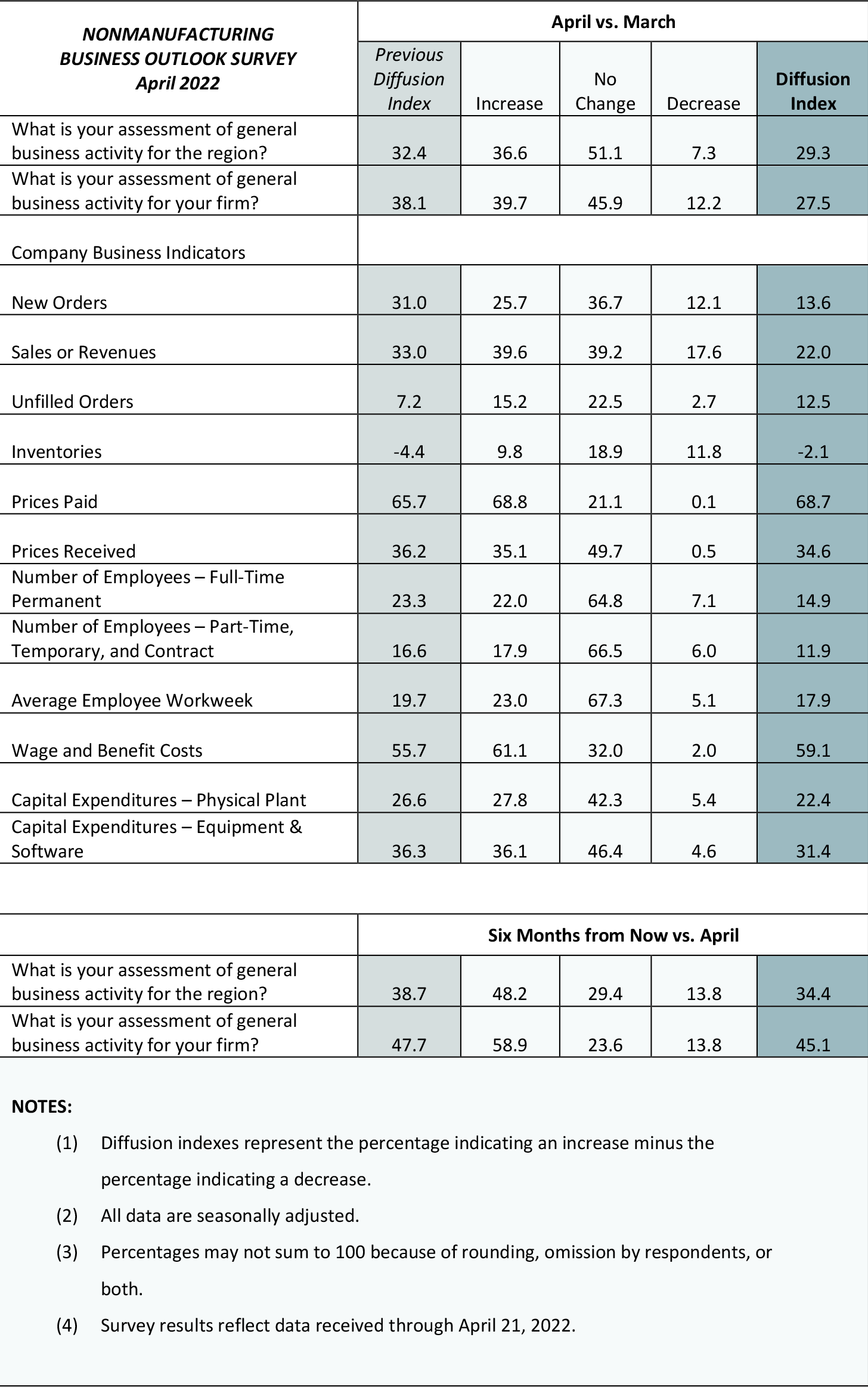 Return to the main page for the Nonmanufacturing Business Outlook Survey.

For questions about the Nonmanufacturing Business Outlook Survey release or to report a problem with a file, contact Public Affairs at 215-574-6113.

Monthly survey of manufacturers in the Third District 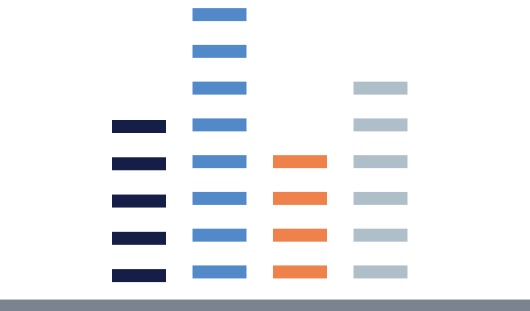