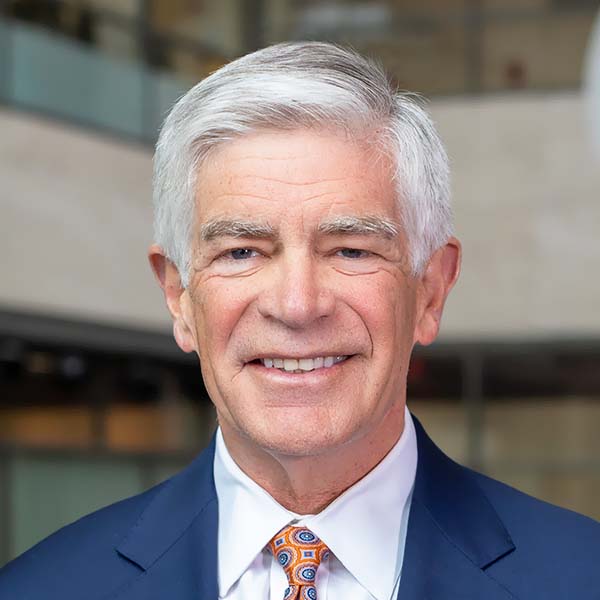 It’s a pleasure to welcome everyone to the Federal Reserve Bank of Philadelphia. Fed speakers usually start off with a standard disclaimer that we’re speaking for ourselves, not for anyone else in the Fed System. But I’ll break that sacred vow to say on behalf of all my colleagues that we’re very pleased that you’re joining us today.

I want to extend an extra thanks for being here, because I know a lot of people wondered what a discussion of monetary policy had to do with them. It’s a question our team heard more than once, and it’s a fair one.

There are two parts to the answer. First, you are the economy. The American economy is the biggest, most diverse on earth, but at its heart, it’s a collection of micro-economies made up of people and businesses and communities — it’s you and your neighbors. And you’re the people we conduct monetary policy for.

Second, we rely on feedback. Sure, we spend a lot of time looking at the myriad graphs and charts and alphabet soup of equations you’d expect. But the views and experiences of people and businesses across our communities are also crucial components of how we measure the health of the American economy.

Those conversations are a regular part of how we collect and assess data. But this event is something different. It’s part of a larger listening tour that’s really about making sure we’ve got the right goals in place; that we’re still measuring the right things, and that the tools we use are still the best ones for the job.

Before I introduce our guest and get the afternoon underway, I want to take a moment to give the Fed primer to put these discussions in context.

The Federal Reserve can be a mysterious being. It’s a complex system used to doing its job out of the limelight, and it’s not just the average person on the street who would struggle to explain its various functions.

When I first joined the Philadelphia Fed’s board of directors, I was honestly surprised at how much about the Federal Reserve I didn’t know. So the Fed 101 is not because I think anyone here is lacking in general knowledge; it’s because I know from experience.

So first, the structure.

At the center is the Board of Governors in Washington D.C., which is what most people think of when they hear “The Fed.” The Board has seven governors’ seats, including Vice Chair Clarida, who’s joined us today and who is the driving force behind this listening tour.

But there are also the 12 District Banks around the country, including the one we’re in today, each an independent entity with its own president and board of directors.

The governors and presidents come together every six weeks or so in D.C. for a meeting of the Federal Open Market Committee — or FOMC — to discuss, and vote on, monetary policy. The governors and the president of the New York Fed are all permanent voters, while the rest of us rotate into position every few years. My first turn was in 2017, and I’ll be back in the saddle next year.

One of the things that surprised me most when I first got to the FOMC is that you honestly can’t tell who’s a voter and who’s not until the last 30 seconds of a two-day meeting. Everyone is equally involved in the debate and discussion. That’s an important detail, and it goes back to the way we’re organized.

The Fed’s structure is an outlier; you don’t see it in other countries, and it’s something I think of as uniquely American: a decentralized central bank. I also think it’s the key ingredient in making the best possible policy for the country.

First and foremost, it gives vastly different communities a seat at the table and a voice in discussions.

We’re making monetary policy on a national level, and the size and scope of the U.S. economy can flatten the peaks and valleys we see in different areas. Seattle’s economic reality is vastly different than Camden’s, and the Fed’s unique structure makes sure we consider both.

Our structure also helps to guard against groupthink. There’s an added richness to the discussions, because the people around the table have different backgrounds, different ways of looking at the data, and different priorities in economic outcomes. It’s true that we could be more diverse, and that’s something we’re working on. But even in our present state, there’s a multitude of opinion, and the wants and needs of incredibly varied constituencies are represented.

Having a federated system also adds to our overall independence. While the Fed was created by and is answerable to Congress, we’re an independent entity, which shields us from political pressure. That’s crucial to making good decisions. Monetary policy takes a while to work, and being free from outside influence allows us to make thoughtful, data-driven decisions about the medium term.

So that’s the form; what about the function?

The Fed is, of course, the nation’s central bank. We also regulate banks, process payments, conduct economic research, and work within our Districts to help strengthen local communities’ economies.

Different banks also specialize in particular research areas: Dallas has expertise in energy, for instance, while New York is the go-to for financial markets. Here in Philadelphia, our focus is on consumer credit.

And, the subject we’re here to discuss today: We set monetary policy to meet the goals laid out for us by Congress: maximum employment and price stability.

In their very simplest terms — with apologies to the economists in the room, who do not enjoy reducing things to their simplest terms — maximum employment means that if you’re looking for a job, you can find one relatively easily. That comes with some caveats, of course, including that it doesn’t necessarily mean the job you get will be the job you want. Price stability is low and stable inflation — enough for prices to grow at a healthy pace without devaluing the money in your bank account. Our current target is 2 percent.

When we talk about monetary policy, it’s worth outlining not just what it can do, but what it can’t.

Monetary policy isn’t all powerful. It’s a relatively limited set of fairly blunt tools, and it has a pretty narrow scope. In normal times, monetary policy is mostly raising and lowering interest rates — or keeping them the same.

In extraordinary times, we may use tools like quantitative easing or forward guidance — which is just policyspeak for telling people what to expect. But the majority of what we do is the somewhat boring business of keeping rates at a level that encourages a healthy economy and helps us meet our dual mandate.

I’m often asked about aspects of the American economy that affect our work, but that we don’t actually have any control over. Fiscal policy, for instance, which deals with debts, deficits, and taxes. Or things that take legislative action, like investments to encourage growth or programs to spur job creation.

Our job is to create the conditions for a healthy economy to thrive. We till the land and make the soil fertile, if you will. But the actual thriving part — planting the seeds and tending the crops — take fiscal and other policy.

So if it’s limited, why are we here today?

Because those grounding conditions — maximum employment and price stability — are crucial, and we want to be sure our targets, processes, and tools are still the right ones. We want to be sure we’re thinking about policy the right way.

Part of coming to that conclusion is hearing from you. How you’re experiencing the job market. How you’re feeling inflation. What challenges you’re seeing in your communities.

Because, again, you are the economy; you’re the reason we make policy in the first place.

I want to turn it over now to Vice Chair Clarida, who, as I mentioned, is the driving force behind these listening sessions.

The views expressed here are the speaker’s own and do not necessarily reflect those of anyone else in the Federal Reserve System.